Compared with the bronze wares of Shang and Zhou dynasties, the bronze wares of Qing Dynasty have lost the obvious features of ritual vessels. Become a kind of utensils in life or works of art that people enjoy. Qianlong period was the heyday of antique bronze. In order to meet the needs of the palace, a large number of copper wares were manufactured. 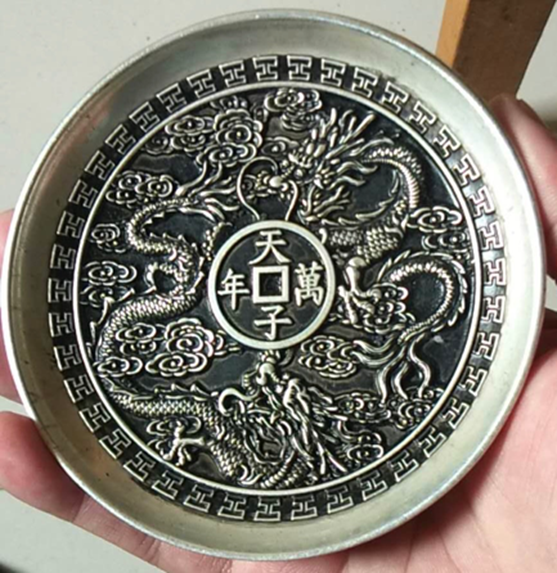 This bronze plate, made by Emperor Qianlong for ten thousand years, is the representative of palace made bronze wares in Qianlong period. The bronze plate is surrounded by dragons and auspicious clouds, indicating wealth and good luck. Slightly inclined lips full, round color. The shape of the dish is atmospheric, simple and regular. The copper color is pure and golden. The curve is beautiful and the production is exquisite. It has a long history! The four characters of Jiuzi Zhenlong are written around the bowl. The base money was made by Emperor Qianlong. The implication is obvious, many blessings and long life. 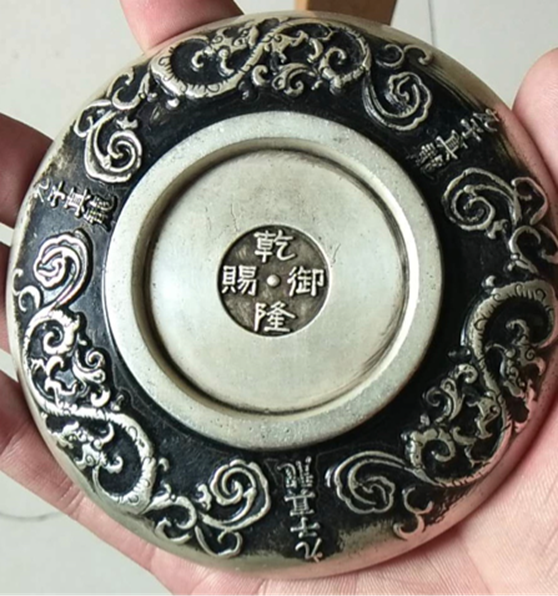 In recent years, the price of the Qing palace display bronze has reached the level of 10 million yuan. In 2007, the price of the palace display copper ware has exceeded 10 million yuan. In the autumn auction of Sotheby's in Hong Kong, it was estimated that the chimes made by Sotheby's in the Qing Dynasty, which were made by Emperor Kangxi's "fifty two year Kangxi system" of the Qing Dynasty, were shot to HK $13.7675 million, and a pair of "Qianlong year of Qing Dynasty" type of imperial copper casting dragon and phoenix pattern square Gu with double ears and phoenix patterns was estimated to be HK $400000-600000 and HK $11303500 respectively. In the autumn auction of Beijing Hanhai, the regular script bronze and sea water dragon bottle with "Yongzheng year of Qing Dynasty" was estimated to be 60000-90000 yuan, and finally to 15702400 yuan.

The bronze wares made by Emperor Qianlong are regarded as the most advanced and exquisite wares by collectors all over the world. The reason for the rising price of Qianlong imperial bronze ware is: in today's increasingly fierce competition in the art market, and the copper ware as the outstanding art works attracts more and more attention. Such a superb imperial copper plate, in the Qianlong period, can reflect the exquisite craftsmanship and perfect products of the feudal period of China. Its collection value and historical value can not be ignored. In addition, after the heyday of Qianlong, due to many disasters and heavy losses in the history of Ming and Qing bronzes, this bronze plate has become a rare historical relic.

The collection is now on sale on the platform of the antique shop. According to the treasure holder, the copper plate was handed down by the ancestors. It has been appraised by experts and teachers, and it is a masterpiece. We learned that he had this rare treasure and invited him to take part in it. Now the holder of the treasure has difficulty in capital turnover. We are willing to entrust this copper disc to our company to find a buyer through network media. If you are interested in this collection, you can call the enterprise contact number: 400 686 3616 for discussion.