Western historians once said, "If you don't know jade, you don't know China". Jade, accompanied by China for 6,000 years, is as beautiful and mysterious as a close lover. In China, loving jade is a tradition. Emerald, the king of jade, drops like a tear to the mortal world and condenses into such a beautiful city.

Jade has a long history in China, and its name comes from several different versions: First, it comes from the bird name, which has very bright feathers, and the male feathers are red, which is called Feiniao; Female feathers are green, called kingfisher, which is called jadeite. Therefore, there is a saying in the industry that Fei is the public and Cui is the mother. There is a great river in the north of Myanmar, which is called "Oolong River" by locals, and the world's top jadeite is produced here. Therefore, jadeite also has an alias, called Burmese jade. Jadeite has a kind of aesthetics that makes people unable to extricate themselves. No matter how the years invade, it can not change the inner beauty of jadeite, and jadeite is also a symbol of good fortune. As the saying goes, gold and silver are valuable and jade is priceless. Jade is the treasure in the hands of Chinese people and the soul in their hearts. 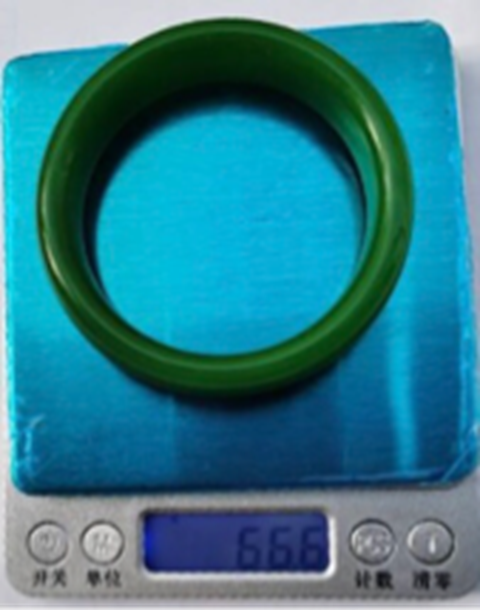 As for its formation, the "tears" falling from the sky are just a beautiful imagination. This was once a mystery that geologists could not solve. The unique charm of jadeite is precisely because it is the only high-pressure crystal formed in the "low temperature" environment. "It fully accepts the strong pressure of the environment in the gentle and quiet, and finally achieves positive results." Every piece of jadeite exudes vitality. As a "jade idiot", Qianlong reigned for 60 years, and jade articles filled the whole court. The furnishings, clothes, utensils, supplies and playthings are all made or decorated with jadeite or jade. Jade is a very important item among the tribute items of local officials. If you get or make a precious jade, you need to recite poems. Gan Long wrote more than 800 poems praising jade in his life. Among them, Majia jadeite won the favor of Qianlong and was named "handed down jadeite". Since its birth, it has been integrated with the respect and luxury of jewelers in Qing Dynasty.

Even today, decorated with gold and various dazzling ornaments in DIA, jadeite still quietly blooms its unique charm. Celebrities from all walks of life and socialites still can't stop wanting jadeite. Hollywood movie star Angelina Jolie wears jade jewelry at the Oscars, which is elegant and charming; Lin Chi-ling, a well-known Taiwanese artist, went into battle with a HK$ 50 million emerald necklace at the Asia-Pacific Film Festival. Many actresses of TVB in Hong Kong have also chosen jadeite as their best jewelry to attend the event.

There is a saying in ancient poetry that "what does a jade ring mean to be connected with each other? A ring takes infinity and jade takes Firmness". The round and perfect shape reflects the ancients' pursuit of endless generation and endless cycle, which implies the endless feelings and the perfection of the sun and moon. The round bracelet is embellished with the purity of young girls, and indicates the roundness and inclusiveness of motherhood. It is the most suitable heirloom for collection. Compared with other styles of bracelets, it has the highest collection value. This kind of jade bracelet is full of green jade round bracelet, fine texture, green suspension, very gentle water. The outer ring is made and polished with relief technique, which requires the whole material to be free from grain cracks, and the size is large and thick enough. The bracelet is perfect without flaws, no cracks, bright colors, uniform colors, pure colors, fresh and green, transparent water and full of spirituality. It really meets the four standards of "thick, Yang, positive, and harmonious". Bracelets of such high quality have always been rare. It has high collection value and great appreciation potential. There are ten thousand taels of gold at home, which is not as good as coagulating jade. As an old saying goes, jadeite is of high rarity and collection value. The rarity and rarity of jadeite jade is determined by the natural conditions of its formation, and it is an unchangeable law that the rare is the most precious. This jade bracelet is 7.5cm in diameter.