Tian Huangshi, known as "king of ten thousand stones", is a treasure in Shoushan stone series. Since Ming and Qing Dynasties, it has been regarded as the "king of India stone". Shoushantian Huangshi is produced in the stream field less than one square kilometer in Shoushan village, Shoushan Township, Fujian Province. It is called Tianhuang stone because its color is mostly yellow. Tianhuang stone is soft, with a specific gravity of 2.6g/cm3-2.65g/cm3. It is called "China's soft gem" and "soft gold", which is the best material for carving seals. It is precious because it is only found in the sand layer under the narrow paddy fields on both sides of the Shoushan River in the world. It is a high-quality natural stone with "no roots but simple" and "no veins to find". After hundreds of years of mining, it has disappeared, so it is very precious. 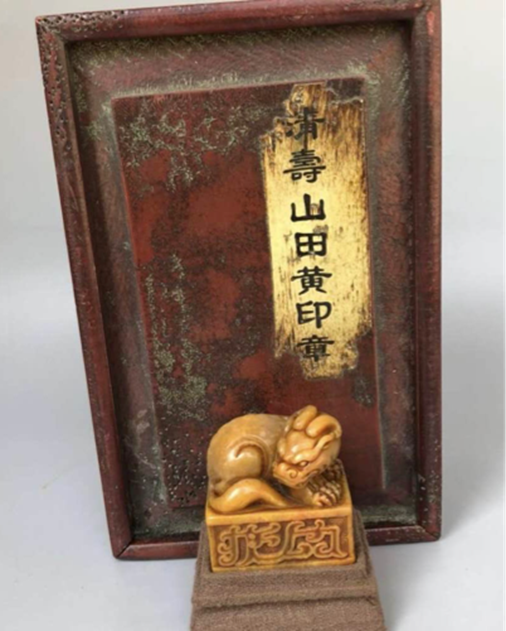 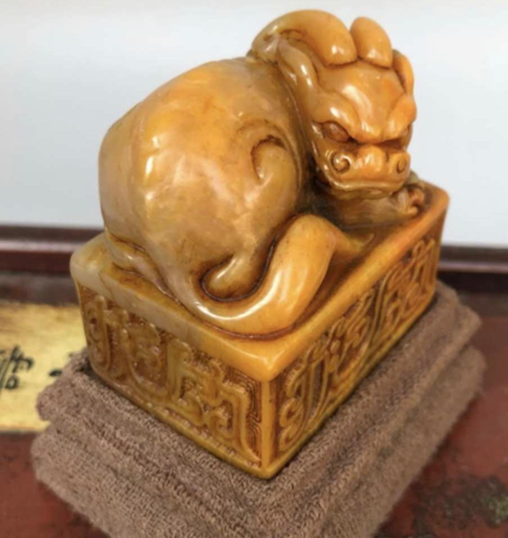 As early as 1000 years ago, people began to collect it in our country, and Tian Huangshi was famous in the world in the Ming and Qing Dynasties. Many dignitaries and scholars competed to collect Tian Huangshi. It is said that in the early Qing Dynasty, Tian Huangshi became a national stone dedicated to the emperor's sacrifice to heaven, implying the meaning of "Fu (Fujian), Shou (Shoushan), Tian (wealth) and Huang (emperor's special color)". It has the six virtues of fine, clean, moistening, greasy, warm and coagulating stone, so it is called "emperor stone". According to historical records, in the Qing Dynasty, the governor of Fujian carved the "three chain seal" with a piece of top-grade Tianhuang, which was regarded as a treasure by Emperor Qianlong and handed down from generation to generation; Emperor Xianfeng gave Cixi a royal seal of Tianhuang on his deathbed; when the last imperial dynasty disintegrated, Puyi did not want all the treasures, but sewed the "three chain seal" into the cotton padded jacket. As for folk legend, Tian Huangshi is a gem left in the human world when the female disaster mends the sky. It is said that it was changed by the bird's eggs of Phoenix. It is also said that Tian Huangshi can drive away disasters and avoid evil spirits, and people who keep Tian Huang can prolong their life. As a result, Tian Huangshi has always enjoyed a high reputation and doubled his value. There was an old saying that "an inch of Tianhuang is an inch of gold.". In addition, its resources are nearly exhausted, so the price of Tianhuang is increasing rapidly and immeasurably. A piece of excellent Tianhuang stone, especially the carefully carved seal of Tianhuang stone, is a rare treasure that collectors dream of. 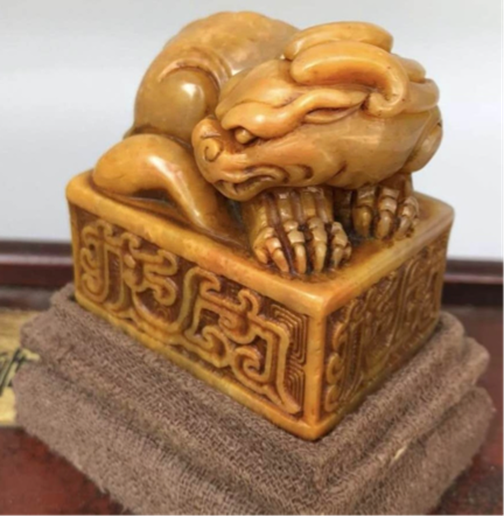 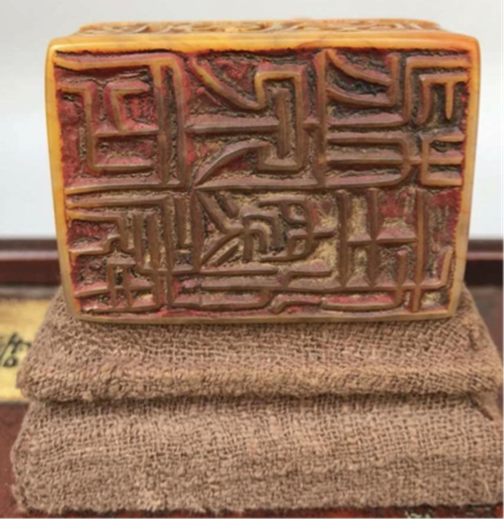 The seal is a treasure of China and one of the four traditional seal stones in China. It is distributed in the "Golden Triangle" zone at the junction of Jin'an District, Lianjiang county and Luoyuan County in the northern suburb of Fuzhou City. Shoushan stone is a unique precious stone in Fuzhou. It is crystal clear, greasy and colorful. Great collection value!

Seal culture has been in China for three thousand years. A small seal represents not only the integrity of Chinese people, but also the witness of a long history.